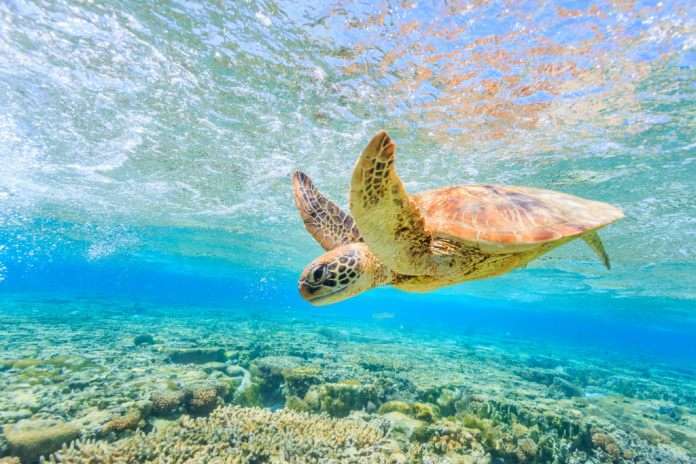 The world’s first traceability toolkit and global database of marine turtle DNA – ShellBank, was launched at the ongoing 19th Convention on the International Trade in Endangered Species of Wild Fauna and Flora (CITES), where member states adopted a Resolution that represents a significant win for marine turtles.

The new CITES resolution commits governments to ensure that tackling the illegal trade of marine turtles remains high on their agendas for the long term, and includes a specific call to strengthen law enforcement through improved DNA tracking and use of forensics – a need that ShellBank can help answer.

“ShellBank is a game changer in global efforts to detect, disrupt and protect marine turtles from illegal trade. It provides the know-how and access to a global DNA database to track turtles and turtle parts from sale to source, providing law enforcers with a powerful tool to help them implement enforcement and protection measures that governments have committed to in CITES and in other conventions and action plans,” said Christine Madden Hof, WWF’s Global Marine Turtle Conservation Lead.

Details of how Shellbank can be used to track the illegal trade in marine turtles globally are contained in a new report released during the launch at CoP19.

Six out of seven marine turtle species in the world are threatened with extinction. Despite a global ban by CITES since 1977, the unsustainable take and illegal trade of turtles, turtle eggs, meat and their parts persist, with an alarming re-emergence of black markets. Over the last 30 years, at least 1.1 million marine turtles (excluding shell products and eggs) have been illegally exploited in 65 countries of which 22% were likely to have been traded internationally.

Asia Pacific is at the epicentre of use and trade in marine turtles. Between 2015 and 2019, over 1,800 live and 1,200 dead turtles, 1,900 shell pieces and jewelry, plus thousands of kilograms of meat and tens of thousands of eggs were intercepted and seized by authorities in Indonesia, Malaysia and Viet Nam alone — numbers that represent just the tip of the iceberg.1

One of the greatest challenges to tackling the illegal trade and take of turtles is the inability to identify which populations were being targeted, and which were most at risk – until now. ShellBank sets out to disrupt this illicit trade by connecting the dots between poachers, traders and law enforcers using a turtle’s DNA.

“With ShellBank, we can now trace, track and protect marine turtles. By matching the DNA of a seized product – such as eggs or tortoiseshell trinkets – with the reference database we are now building, we can identify poaching hotspots and identify turtle populations that are most at risk,” said Michael Jensen, species genetics coordinator at WWF.

The reference database consists of genetic data collected from nesting and foraging turtles, as well as bycaught and stranded turtles. As all female marine turtles return to their birth region to breed and lay eggs, a genetic signature is passed down from mother to offspring, unique to each nesting region. Capturing these unique signatures through DNA analysis and uploading them to ShellBank’s global database allows comparison with DNA extracted from seized items, a crucial step towards more effective enforcement and protection for marine turtles.

This works by connecting different DNA databases of marine turtles which, together with many international partners and collaborators, are being put together, forming the basis for ShellBank. Now ready to be taken from pilot into practice, we call on all conservationists, communities, governments and researchers alike to participate in and help build ShellBank at ShellBankProject.org.

“As the global database for ShellBank grows and evolves, it will transform marine turtle conservation efforts globally to identify trends in the illegal trade and put in place targeted efforts that will contribute to dismantling the trade that is threatening these iconic species,” said Prof. Rob Ogden, Director of TRACE Wildlife Forensics Network.

ShellBank is a multi-collaborative project being contributed to by many organizations. It is led by WWF in partnership with the Australian Museum Research Institute, NOAA Fisheries Southwest Fisheries Science Center, and TRACE Wildlife Forensics Network with many contributing partners.

1: According to a TRAFFIC report published November 2019, “A Rapid Assessment on the Trade in Marine Turtles in Indonesia, Malaysia and Viet Nam”, Lalita Gomez & Kanitha Krishnasamy.