Biodesix is the first company to offer four best-in class non-invasive tests for patients with lung cancer or suspicious lung nodules. The Biodesix Lung Reflex® strategy for lung cancer patients integrates the GeneStrat® and VeriStrat® tests to support treatment decisions with results in 72 hours, expediting time to treatment. The Nodify XL2™ test and the EarlyCDT Lung™ test evaluate the risk of malignancy in incidental pulmonary nodules, enabling physicians to triage patients to the most appropriate course of action. The company’s strong product pipeline addresses key clinical questions in all stages of lung cancer, from risk assessment of early stage disease to informing treatment decisions for emerging therapies. Biodesix also partners with the world’s leading biotechnology and pharmaceutical companies to solve complex diagnostic challenges.

Oncimmune, headquartered at its laboratory facility in Nottingham, UK, was founded in 2002 and launched its platform technology in 2009, followed by its first commercial tests, EarlyCDT Lung and EarlyCDT Liver. The company’s range of diagnostic tests assist clinicians to identify the presence of cancer four years or more before standard clinical diagnosis, whilst Oncimmune’s technology platform and sample biobanks are helping healthcare companies to develop new cancer treatments.

To date, over 158,000 tests have been performed for patients worldwide. EarlyCDT Lung was also used in what is believed to be the largest randomised controlled trial for the early detection of lung cancer using biomarkers, the successful UK National Health Service (NHS) ECLS trial of 12,209 high-risk smokers in Scotland which demonstrated EarlyCDT Lung reduced the incidence of patients with late-stage lung cancer or unclassified presentation at diagnosis, compared to standard clinical practice. The company also has a discovery research centre in Dortmund, Germany and in London, UK and a partner representative office in Shanghai, China.

Biodesix will offer complementary tests that help empower physicians to stratify patients into distinct nodule management pathways. The EarlyCDT Lung test helps physicians determine if an incidental pulmonary nodule (IPN) is potentially cancerous, while the Nodify XL2TM Test is used to help physicians identify those IPNs with a very low risk of cancer. In addition to lung nodule management, the EarlyCDT Lung test may have future utility in lung cancer screening. Results from Early detection of Cancer of the Lung Scotland (ECLS), a randomized controlled study of 12,209 people at high risk of developing cancer, were presented at the International Association for the Study of Lung Cancer’s (IASLC) 2019 World Conference on Lung Cancer in Barcelona.

“Biodesix is a leader in the development and delivery of blood-based diagnostic solutions for lung cancer. The completion of the acquisition of Oncimmune in the U.S. is emblematic of our continued growth in providing support across the continuum of patient lung care.” … “Oncimmune shares this commitment, and we are proud to continue our partnership. We are both dedicated to robust science and quality, while putting the individual patient experience first.” – David Brunel, CEO of Biodesix

“We are delighted to be working with Biodesix, a company with a successful track record of commercializing clinical diagnostic lung tests in the U.S. and that is dedicated to improving patient management and outcomes. In the near term, EarlyCDT Lung is a very synergistic addition to the Nodify XL2 test in helping physicians manage IPNs. Longer term, the addition of a screening indication for EarlyCDT Lung in the U.S. will fully realize the value of the test and will ultimately save lives through earlier detection of lung cancer.” Adam M. Hill, M.D., Ph.D., CEO of Oncimmune. 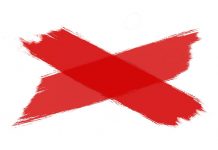 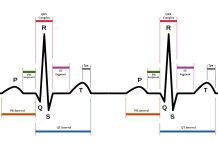 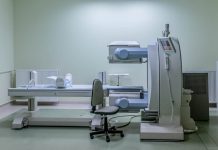 Predictive Laboratories And The Preeclampsia Foundation Collaborate To Accelerate Research