Biomarkers in the skin can reflect disease status in conditions as diverse as diabetes,  rheumatism, lung disease, and neurodegenerative diseases. In the case of diabetes, minimally invasive skin mounted glucose monitoring devices exist. Each device has its pros and cons with room for more innovation. In diabetes wound healing by skin keratinocyte cells is often impaired, but until present this property has not been harnessed to monitor diabetes status.

Seppo J. Vainio of Borealis Biobank of Northern Finland, Oulu University Hospital, and colleagues, investigated whether blood glucose concentration could be monitored via keratinocytes and determined if these cells modulate specific biomarkers and signalling pathways in response to blood glucose levels. The results were published in the journal Scientific Reports.

Following a proteomic analysis including skin biopsies 45 minutes post glucose injection, it was found that Trisk 95 protein increased in a glucose dependent manner in both diabetic and healthy mice. Trisk 95 mRNA also increased. Given that the diabetic mice were null for insulin, Trisk 95 expression appeared to be positively correlated with blood glucose concentration, but independent of insulin. This result was recapitulated in primary keratinocytes.

Trisk 95 knockout in skin abolished intracellular calcium and mitochondrial morphology changes in response to glucose injection. The mitochondrial changes resulting from glucose were demonstrated to be dependent on calcium.

“Overall, our study highlights the rapid, dynamic physiological behaviour occurring in the skin and its primary keratinocytes in response to changes in blood glucose concentration. The data demonstrate for the first time that high blood glucose for 45 min induces the activation of a number of players that are cross-talking, leading to the activation of signalling cascades. Trisk 95 is shown to be an essential mediator in the interaction between these cascades and we proposes that the ensuing calcium or its mitochondrial metabolites can be used as indicators of blood glucose level in the skin,” concluded the authors. 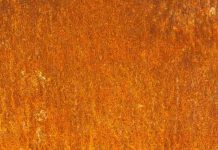 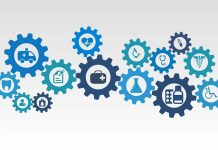 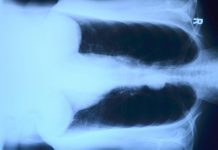 Associations Between Tuberculosis Risk And Variants Of Diabetes

BC Platforms Adds New Features To BC|INSIGHT; Used By Pharma With...