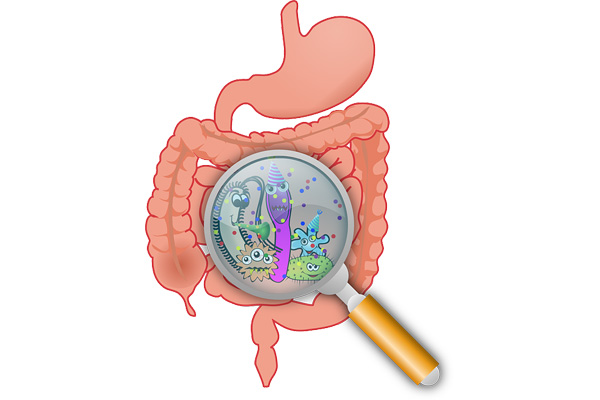 Using genetic data from nearly 30,000 people, Mount Sinai researchers have built risk scores from a combination of datasets representing distinct ancestral populations that improve prediction of risk for inflammatory bowel diseases (IBD) including Crohn’s disease and ulcerative colitis. The study was published in Gastroenterology on December 24.

The researchers found that polygenic risk scores, built using association data from multiple populations in Mount Sinai’s multi-ethnic BioMe Biobank, maximized IBD predictions for every population in the biobank. BioMe is a system-wide effort at Mount Sinai that is revolutionizing diagnosis and classification of diseases according to the patient’s molecular profile.

The study showed that risk scores calculated from integrating data significantly improved predictions among individuals with European, Ashkenazi Jewish, and Hispanic ancestry in BioMe, as well as European individuals in the UK Biobank, which contains biological and medical data on half a million people between ages 40 and 69 living in the UK. Predictive power was lower for patients with African ancestry, likely due to substantially smaller reference datasets and substantially greater genetic diversity within populations of African descent.

“The ability to accurately predict genetic disease risk in individuals across ancestries is a critical avenue that may positively affect patient outcomes, as early interventions and even preventive measures are being considered and developed. These findings support a need for greater genetic diversity, including more data on African American populations, to enhance disease risk predictions and reduce health disparities for all populations.”

These polygenic risk scores–representing an estimate of overall risk based on the sum of an individual’s many, mostly common, genetic variants–were calculated using IBD association data from cohorts with European, African American, and Ashkenazi Jewish backgrounds.

Additionally, researchers assessed rare variants in genes associated with very-early-onset IBD within each population and found that African American carriers of uncommon LRBA variants showed reduced expression of both proteins LRBA and CTLA-4. LRBA deficiency increases susceptibility to IBD and results in lower CTLA-4 expression, which can be reversed with the commonly prescribed antimalarial drug chloroquine. Future studies by the Cho Laboratory will focus on predicting which subsets of patients might benefit from targeting this pathway.

“Since lowered LRBA and CTLA-4 expression can lead to IBD, it’s encouraging that chloroquine is able to partially recover expression,” says the study’s first author Kyle Gettler, PhD, postdoctoral fellow in the Department of Genetics and Genomic Sciences at the Icahn School of Medicine at Mount Sinai.