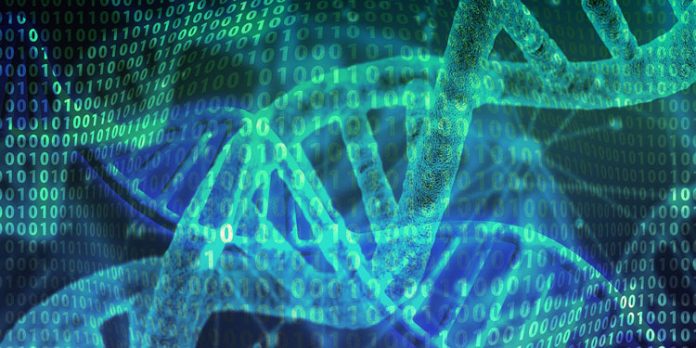 The University of Tennessee Health Science Center has entered into an agreement with the Regeneron Genetics Center, a subsidiary of Regeneron Pharmaceuticals, Inc., for the company to sequence DNA that has been voluntarily collected and stored as part of a biorepository initiative UTHSC is building in collaboration with its partner teaching hospitals.

The collaboration is a key step in advancing the eventual goal of the university along and its partner hospitals to be able to provide precision, or personalized, medicine tailored to the individual genomic characteristics of patients. Regeneron, headquartered in Tarrytown, New York, and one of the largest human genomic initiatives in the world, has agreed to provide genetic sequencing of de-identified DNA samples from the UTHSC biorepository as part of the collaboration.

One biorepository program began in 2015 when UTHSC and its partner pediatric hospital, Le Bonheur Children’s Hospital, began the Biorepository and Integrative Genomics (BIG) Initiative. The family of every patient was given the opportunity to consent to having any excess blood taken for testing purposes stored in a biorepository in the hospital, identified only by a code, and tied by that code to the patient’s electronic medical records. Prior to the coronavirus pandemic, roughly 150 samples were added each week. Enrollment was temporarily halted because of the virus, but it has resumed with strict precautions.

Biorepository samples are intended only for research purposes. For example, when sequenced, samples from the Le Bonheur BIG initiative may provide insight into genetic predispositions for certain conditions such as asthma, sickle cell disease, and epilepsy, and could hold keys for the development of individualized therapies to treat them.

“We now have a very large DNA biorepository from children,” said Jon McCullers, MD, senior executive associate dean of Clinical Affairs and chair of Pediatrics in the UTHSC College of Medicine, and pediatrician-in-chief at Le Bonheur. Approximately 18,000 patients have been consented, and the biorepository has samples of 11,000 patients, he said.

“The purpose of this was to collect the samples with the idea that at some point we would sequence the DNA and we would have that data from the sequences that could be used for research,” Dr. McCullers said. “It’s amazingly powerful.”

The Memphis pediatric biorepository is now one of the largest in the world for children, and in particular, Black children. This offers a unique opportunity to expand medical research to a population that in the past has been underrepresented.

“This is a platform that allows people to do research that is going to change the future of medicine,” Dr. McCullers said.

“Genomic information linked up with electronic medical records will allow us to look at DNA characteristics of people who develop certain illnesses without specifically knowing who they are,” said Robert Davis, MD, MPH, founding director of the UTHSC Center in Biomedical Informatics and the University of Tennessee-Oak Ridge National Laboratory Governor’s Chair in Biomedical Informatics. Dr. Davis, also a professor in the Department of Pediatrics, is a leader in the pediatric biorepository initiative and will be instrumental in growing the program across the UTHSC system in the future.

“It’s important to understand how changes in genes might impact health. DNA is a recipe of information that orders the body to do the jobs,” said Chester Brown, MD, professor of Genetics, Genomics and Informatics, Genetics Division chief, and St. Jude Chair in Pediatric Genetics at UTHSC and Le Bonheur. “Population-based studies are something that as we grow, we will be in a good position to develop.”

“Research is a fundamental part of Le Bonheur’s dedication to improving the lives of children,” said Le Bonheur President Michael Wiggins. “This project, in partnership with UTHSC, continues to position Le Bonheur Children’s as one of the nation’s top children’s hospitals and will allow us to contribute to important scientific progress across the nation.”