Porcine hemagglutinating encephalomyelitis virus (PHEV) is a swine coronavirus first isolated in 1962 associated with vomiting & wasting disease (VWD) as well as encephalomyelitis, with a high mortality rate in newborn pigs. Most current research is focused on the basic biology of the virus life-cycle, however little is known about its prevalence or ecology on contemporary farms.

Luis Giménez-Lirola and colleagues from the College of Veterinary Medicine, Iowa State University, USA, developed an enzyme-linked immunosorbent assay (ELISA) to address this unknown in 2,756 samples deposited at the ISU Veterinary Diagnostic Laboratory from June to December 2016 from 104 farms with no history clinical disease suggestive of PHEV located in 19 mostly central U.S. states. The results were published in the journal mSphere.

Purified recombinant PHEV S1 protein of 754 amino acids generated from strain VW572 (GenBank DQ011855.1) was used as the ELISA base to detect neutralizing antibodies in porcine samples. No positive signals were detected with samples from pigs in the negative group or samples from pigs inoculated with other porcine coronaviruses. If more than 60% of the samples from a single pig produced a signal the pig was considered PHEV positive.

Using this validated PHEV ELISA it was found that the overall seroprevalence of the virus was 53%. only 3% of the farms included in the study were negative. In 5% of the positive farms 91-100% of the pigs tested were seropositive. The most common prevalence on positive farms was between 21-30% and 71-80% of the herd.

A limitation of the study is that although a 53% infection rate was determined by ELISA, no correlation was made with the animal’s health status, although the authors indicate that there was a lack of reported clinical cases of VWD suggesting asymptomatic carriers.

“Prior to this study, the seroprevalence of PHEV in the U.S. pig population had not been investigated. Seroprevalence represents cumulative exposure to infection, and given the long duration of specific antibodies, it is less affected by seasonality or short-term fluctuations in transmissions than other parameters. This study confirms that PHEV is endemic in U.S. swine herds, with PHEV seroprevalence slightly higher in U.S. states with a higher pig density, i.e., Iowa, North Carolina, and Minnesota,” concluded the authors. 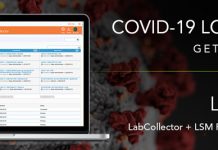 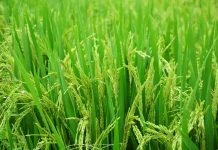 BC Platforms And Blueprint Genetics Partner To Enable Precision Medicine In...