Scientists at Scripps Research have reported for the first time that Alzheimer’s patient-derived stem cells, which are engineered to become “mini-brains” for lab research. The organoids manifest excessive seizure-like electrical activity just like human patients with the disease, enabling drug discovery.

Scripps Research ranks top stand-alone scientific institute in the United States for producing high-quality research by Nature Index, based on discoveries published in leading scientific journals. Inspired in part by the discovery of insulin, philanthropist Ellen Browning Scripps founded the Scripps Metabolic Clinic on December 11, 1924. Following a series of evolutions, expansions and splits, in 1991 the research wing of Scripps—by this time named The Scripps Research Institute (TSRI)—became a legal non-profit entity. Scripps Research now comprises two campuses based in California and Florida.

The findings establish cerebral organoids as a relevant research model for early-stage Alzheimer’s and provide valuable insights into the mechanisms of hyperexcitability in brain cells.

Neuron hyperactivity is associated with Alzheimer’s disease progression, but its mechanisms have not been fully understood when studied in animals. Mini-brains created with stem cells from actual patients provides a “human context” that leads to a better understanding of the disease. The study appears in eLIFE.

The research team, led by Swagata Ghatak, PhD, a postdoctoral fellow in the Scripps laboratory of Stuart Lipton, MD, PhD, discovered that the abnormal electrical activity seen in the brain is caused by altered excitability and dysfunctional nerve cell synapses, the connections for communication between nerve cells. This disruption of synapses is the root cause for the loss of memory and cognitive abilities among patients with Alzheimer’s disease.

The 3-D cerebral organoids, also referred to as “mini-brains in a dish,” were developed using human induced pluripotent stem cells, or hiPSCs, from people with Alzheimer’s disease. hiPCs are derived from skin or blood cells that have been reprogrammed into an embryonic-like state; the cells can then be guided to become any type of human cell, including neurons, for therapeutic or research purposes.

In the study, Lipton and his team generated one set of dysfunctional mini-brains using cells that have Alzheimer’s-related mutations in presenilin-1 or amyloid precursor protein. A control set of mini-brains was produced using the genetic editing technique known as CRISPR to correct the mutations. This process yielded what’s termed “isogenic cells,” that is, nerve cells in which every gene is identical except the ones related to Alzheimer’s disease.

“The findings now permit us to develop drugs to combat synapse dysfunction and memory loss in Alzheimer’s patients.” … “We will be publishing research on such a drug in the near future.” – Stuart Lipton, MD, PhD, the Hannah and Eugene Step Chair, professor at Scripps Research 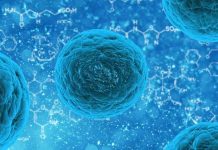 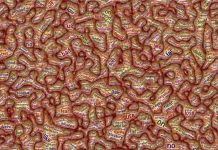 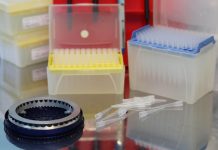 How Safe Are Your Samples?