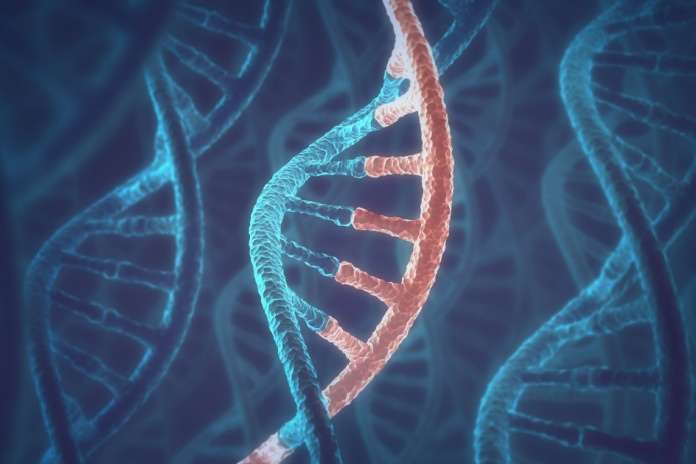 Scientists have developed an artificial intelligence (AI) method that could unlock a research ‘treasure trove’ of cancer genomes from billions of preserved tissue samples stored routinely at hospitals over decades.

The new method makes it possible for the first time to accurately analyse patterns of DNA mutations from tissues stored at room temperature in paraffin wax – which would otherwise be masked because of the damage caused during preservation.

Analysing mutation patterns in cancer genomes can reveal what caused cancer, help to accurately diagnose cancer, and can also reveal why cancers become resistant to treatment.

Currently, it is only possible to analyse tumour genomes using frozen or fresh tissue samples which requires specialised staff and equipment to handle and store.

Samples of tissues, particularly tumours, are routinely collected during treatment, preserved using a chemical called formalin and set it in a block of paraffin wax. They are usually referred to as FFPE (formalin-fixed paraffin embedded) samples and most tissue samples taken in hospitals are stored in this way. The paraffin blocks are then cut into thin slices so that the biopsy can be observed by pathologists under a microscope to aid diagnosis and guide treatment.

But formalin is known to warp DNA, and as such, genomic analysis from these samples is avoided.

Scientists from The Institute of Cancer Research, London, Queen Mary University of London, and the University of Helsinki applied machine learning methods to unravel exactly how formalin mutates DNA.

They showed the formalin-induced mutations leave consistent patterns, and ‘subtracting’ these changes computationally can accurately unveil the underlying mutational patterns linked to cancer in samples collected by different laboratories and processed in different ways.

Normally DNA sequencing of formalin fixed samples picks up only about half of the mutational processes acting on the DNA – meaning very important information is missed. Correcting the sequence using the method, called FFPEsig, enables detection of nine in 10 mutational processes.

The ICR scientists say the method could present huge opportunities for research, particularly in cancer types where samples of tissue have collected over time – allowing scientists to go back and measure the very first steps in cancer evolution in an individual tumour.

The research was funded by Cancer Research UK, the University of Helsinki, and in part by Academy of Finland. The study was published today in Nature Communications.

Cancer evolution – where some cancers adapt to treatment and their environment – is the key reason cancer drugs and treatments stop working and a huge challenge for cancer research.

The researchers hope that unlocking the DNA of FFPE samples could allow researchers to track cancer evolution on an unprecedented scale.

This could be particularly important for conditions such as inflammatory bowel disease or Barrett’s Oesophagus where patients are at high risk of developing cancer, and biopsies are taken to look for the first signs of disease. Analysing the DNA of these early biopsies could allow scientists to observe the very first evolutionary steps in cancer development.

The tool could also be used for research into rare cancers which are difficult to study due to the small number of cases. Opening historical archives could help scientists access more samples and help power their experiments.

The scientists point out that the tool does not completely remove artefacts caused by formalin, and how well the tool performs varies by cancer type, so care must be taken to interpret any findings. The authors are also interested in further applying their methods in a much boarder spectrum of archival samples in the future.

Artificial intelligence is one of the key approaches being harnessed at the ICR’s new Centre for Cancer Drug Discovery. The pioneering centre brings together the evolutionary scientists in the ICR’s Centre for Evolution and Cancer and the drug discovery researchers in the ICR’s Cancer Therapeutics Unit.

The opportunities for research are huge

Professor Trevor Graham, Director of the Centre for Evolution and Cancer at The Institute of Cancer Research, London, said:

“Formalin is the main preservative used in hospitals around the globe to store patient samples – most hospitals will have hundreds of thousands, even millions of these tissue blocks stored in their archives. This discovery could allow us to unlock a huge bank of critical biological information from potentially billions of tissue samples stored over decades.

“Evolution is at the heart of why cancer develops, and also why cancers become resistant to treatment. We’re excited to use this tool to delve into these vast archives and track cancer’s evolutionary history on whole new scale. The opportunities for research are huge.”

“Our method helps to unlock genomics data in archival tumour samples stored in hospitals worldwide. The information gained will accelerate current cancer research. In the future, it could make it easier to tailor treatments according to each patient routinely in hospitals.”

“AI has enormous potential to unravel the biggest mysteries in how cancer starts, grows and spreads. The algorithms that power it can guide us through the complex array of mutations that occur in different cancer types, finding those groups of genetic changes that might be most relevant for new treatments.

This tool could eliminate a major barrier

“This study is an inspired use of AI to track back changes to the DNA that occur in formalin fixation, to allow us to understand what the tumour would have looked like at the point before it was preserved. This tool could eliminate a major barrier to using formalin-fixed samples for DNA sequencing.

“We look forward to seeing this tool used more widely, to help scientists make the best possible use of the vast quantities of formalin-fixed tumour samples in labs and hospitals across the globe.”