Lineage Cell Therapeutics (previously known as BioTime), founded in 1992, based in Carlsbad, California, is a clinical-stage biotechnology company developing novel cell therapies for unmet medical needs. Lineage’s programs are based on its proprietary cell-based therapy platform and associated development and manufacturing capabilities. With this platform Lineage develops and manufactures specialized, terminally-differentiated human cells from its pluripotent and progenitor cell starting materials. These differentiated cells are developed either to replace or support cells that are dysfunctional or absent due to degenerative disease or traumatic injury or administered as a means of helping the body mount an effective immune response to cancer.

“The issuance of this patent is important because the allowed claims support our differentiation process for the production of VAC2, our allogeneic, or “off-the-shelf” cancer immunotherapy program, currently being tested in a Phase I clinical trial in subjects with non-small cell lung cancer.”

“VAC2 is produced from pluripotent cell technology to generate a population of mature dendritic cells, which are utilized because of their potent antigen presenting ability which instructs the body’s immune system to attack and eliminate harmful pathogens and unwanted cells. VAC2 is specifically designed to stimulate a patient’s immune response to a tumor antigen commonly expressed in cancerous cells but rarely found in normal adult cells. We are fortunate that the VAC2 trial is being fully-funded and conducted by Cancer Research UK, the world’s largest independent cancer research charity. Patient enrollment will continue throughout 2019 and we expect to have immunogenicity data on the initial set of patients later this year.” – Brian M. Culley, Chief Executive Officer, Lineage 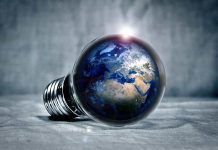 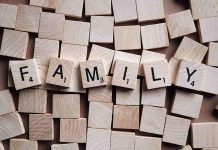