Adipokines are cytokines secreted by adipose (fat) tissue. Their existence was first noted in 1994, with the discovery of leptin. This cytokine is known to suppress hunger, but also promotes atherosclerosis, endothelial dysfunction and inflammation. Another adipokine, adiponectin is thought to act in an opposing fashion, promoting vascular health, and have anti-inflammatory and insulin sensitizing properties. These properties suggest that leptin and adiponectin could regulate cognitive function, especially as they can cross the blood-brain barrier, however the current evidence is limited.

Tobias Pischon of the Max-Delbrueck-Center for Molecular Medicine in the Helmholtz Association (MDC), Berlin, Germany, and colleagues aimed to determine any association of leptin and adiponectin with cognitive impairment in a large sample of older adults. The results were published in the journal Psychoneuroendocrinology.

Data was derived from an observational study on post-operative cognitive impairment called the Biomarker Development for Postoperative Cognitive Impairment in the Elderly (BioCog) study. BioCog obtained 1,033 participants in Berlin, and Utrecht, the Netherlands, who were between 65 to 90 years old, scheduled for elective surgery of any type, were Caucasian, free of clinical dementia, and had no history of neuropsychiatric disease or addiction disorder.

The generalizability of the study is limited by the fact that these older adults were scheduled for surgery and presumably in a state of ill health relative to the general population. In addition, cognitive impairment does not mean dementia, impairment is relative to their initial state pre-surgery, when they were dementia-free.

“We found in a sample of older adults that higher levels of total (bound and unbound) leptin and a higher leptin/adiponectin ratio (LAR) were each associated with higher odds of being cognitively impaired. The associations were independent of sociodemographics, vascular risk factors, macrovascular disease and inflammation as well as BMI. Neither total nor HMW adiponectin alone were associated with impairment. Our data overall suggest that higher leptin concentrations are related to a higher odds of cognitive impairment, while they do not support the hypothesis that adiponectin concentrations are related to this outcome,” concluded the authors.

Water On The Brain: A Biobank Of Failed Shunt Devices 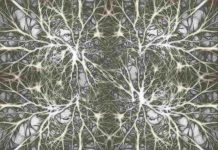 An Organoid Model Of The Human Midbrain 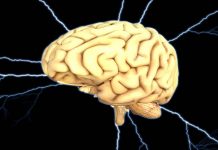