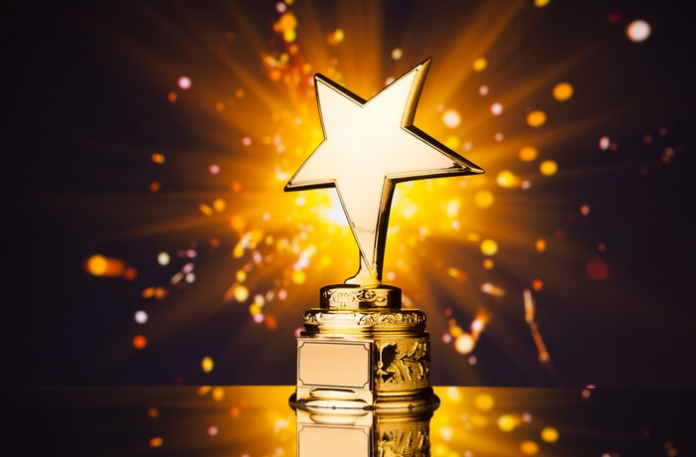 The ISBER Award for Outstanding Achievement in Biobanking is designed to recognize individuals who have made outstanding contributions to the field of biobanking.

Dr. Nahla Maher Afifi earned her MBBCh with honors from Ain Shams University, Egypt. She received her Master of Anatomy & Embryology, and a Diploma of Gynecology and Obstetrics from the same University.

She received her Ph.D. of Anatomy & Embryology in 1996 from Ain Shams University under a joint supervision with University of Medicine and Dentistry, New Jersey, USA. Dr Afifi started her academic career as a Medical Researcher in the Department of Pharmacology and Toxicology, University of Medicine and Dentistry of New Jersey. She then served as Assistant Professor of Anatomy and Embryology at Ain Shams University, and Dubai Medical College for Girls, UAE. Dr Afifi joined Qatar University’s Biomedical Sciences Program in 1999 and was promoted to Associate Professor of Anatomy and Embryology and to Full Professor in 2007.

She was assigned as a Head of Dept. of Health Sciences from 2007-2009. In December 2013 she joined QF as Education and Scientific Manager obtained Certificate” Principles in Biobanking form Luxembourg University and in 2017 was appointed as Qatar Biobank Director. Dr. Nahla Afifi has numerous grants and published research in her field of expertise. She is a member in several international societies’ AAA, ASIP ISBER and ESBB.

The ISBER Pioneer’s Award, sponsored by MVE Biological Solutions, recognizes individuals who provided outstanding leadership to the founding, support, and incorporation of ISBER as an international biobanking society, as well as long standing contributors who have played critical roles in developing and executing ISBER’s vision and mission.

Ms. Marianne K. Henderson, MS, CPC is Senior Advisor for Division Resources, Division of Cancer Epidemiology and Genetics and Senior Advisor on Biobanking, Center for Global Health, U.S. NCI. She supports large program and contract management; and infrastructure planning for molecular epidemiology. She is active in the International Society for Biological and Environmental Repositories (ISBER) and held leadership positions (President 2011-12 and Chair, OAC 2012-2019). She is E&T co-Chair of the IARC-led LMIC Biobank and Cohort Building Network (BCNet); She sits on the Editorial Board for Biopreservation and Biobanking. Ms. Henderson is actively involved in large-scale biospecimen process improvements in operations, technology transfer, sustainability and repository automation.

The ISBER Distinguished Leadership and Service Award is designed to honor ISBER members who have demonstrated exceptional leadership to further the mission and goals of the society and/or significant, long-standing contributions to the society.

Dr. Brent Schacter is a Professor Emeritus in the Department of Internal Medicine of the University of Manitoba and member of the Department of Medical Oncology and Hematology at CancerCare Manitoba. He has published 90 manuscripts and over 100 abstracts and made about 70 invited presentations. From 1993 to 2003 he was President and CEO of CancerCare Manitoba. He then became CEO of the Canadian Association of Provincial Cancer Agencies (CAPCA) from 2003 until 2008.  He was a member and then Co-Chair of the Steering Committee of the Canadian Strategy for Cancer Control (CSCC) from 1999 to 2002 and Co-Vice Chair of the Council for the CSCC from 2004 to 2006 and chaired and served on several committees for the Canadian Partnership Against Cancer (CPAC). In his roles with CAPCA and CSCC he advocated effectively for the establishment of the Canadian Partnership Against Cancer (Canada’s National Cancer Strategy) with federal and provincial Ministries of Health, Health Ministers and the Prime Minister.

He was the Principal Investigator on the Canadian Tumour Repository Network (CTRNet) Program Grant from CIHR-ICR, which launched the Canadian Tumour Biobank Certification Program along with Standard Operating Procedures and Required Operational Practices for Biobanks which have been widely adopted in Canada and globally. CTRNet received $ 6.3 million in funding from the Canadian Institutes of Health Research-Institute of Cancer Research from 2004 to 2014 and continues to be funded by CIHR-ICR and TFRI (Terry Fox Research Institute).

Dr. Schacter was the Co-Chair of the Canadian Task Force on AYA (Adolescents and Young Adults) With Cancer from 2008-2016. The AYA Task Force created recommendations for care of AYA cancer patients in Canada in an initiative directed by Dr. Schacter and contributed to the development of a Diploma Program for qualification in AYA Oncology for the Royal College of Physicians and Surgeons of Canada.

He was a member of the Board of ISBER, the International Society for Biological and Environmental Repositories) for eight years and served as its President for 2016/17. He has served on a number of committees for ISBER.

More recently, he has chaired the QBRS Steering Committee of ISBER since its inception and lead the development and diffusion of the Qualification in Biorepository Science qualification examination for biobanking professionals.

He has been a Member of the Governing Council of the Standards Council of Canada, a Federal Crown Agency, since October 2018. He has been a recipient of the Queen Elizabeth II Golden Jubilee Medal, the Canadian Cancer Society Award for Excellence in Medicine and Health, and the Doctors Manitoba Distinguished Service Award.

The ISBER Special Service Awards recognize individuals who have made exceptional contributions towards the goals of the Society through the performance of a special service or act on behalf of the organization.

In his current role at Azenta Life Sciences, David works with cell and gene therapy organizations looking to refine and add rigor to their scaling programs. As a past IBSER President, he worked with the team initiate and develop a collaboration with the Society of Cryobiology. Together they created and published the first Liquid Nitrogen-Based Storage Facility Best Practices. This consensus document includes contributions from over 20 experts from various industries depending on cryogenic material storage.

David currently supports managers in supply chain, operations, facilities, QA/QC and others to define sample storage strategies which are adaptable, scalable and repeatable.

Amanda began her biobanking career with the National Institute of Standards and Technology (NIST) in 2005 and serves as the Program Coordinator of the NIST Biorepository in the Chemical Sciences Division. Amanda oversees the day-to-day operations inside the NIST Biorepository ensuring safety measures are in place and followed in the facility, while also maintaining a bank of monitored liquid nitrogen vapor-phase and mechanical freezers. She also coordinates with collection partners and collaborators around the USA to collect, process, and archive marine animal tissues for real-time and retrospective environmental contaminants analysis. Additionally, Amanda collaborates with partner agencies to develop and implement standardized collection procedures to efficiently collect, transport, & ship samples to researchers during field work.

Benjamin graduated from the University of Hamburg, Germany, with a Bioinformatics degree. He followed up as a doctoral fellow at the University Medical Center Hamburg Eppendorf where he obtained his PostDoc and his Habilitation & Venia Legendi (German equivalent to Associate Professor). In 2013, Benjamin aquired his MBA from the University of Louisville College of Business in Kentucky. His focus during his 10 year academic tenor was high throughput analysis (Microarrays & NGS), cancer diagnostics, laboratory medicine and biobanking. Benjamin moved on as a Product Life cycle Manager and Business Manager in the strategic portfolio management department of Eppendorf AG, Germany.

At Eppendorf, his focus is on mapping out the strategy, the business cases of a select portfolio of products and driving according R&D, including sample management & tracking, high-throughput consumables and digitalization. As part of the new European MD and IVD regulations, he is currently the responsible team lead for introduction of corporate Global Trade Items Numbers and compliance with UDI requirements.

Benjamin is part of the Member Relations Committee and the Vendors Task Force at ISBER. He co-chaired the ISBER conference in 2021. In addition, he is a full member of the German Society for Clinical Chemistry.

Tamsin Tarling has been Chair of the ISBER) Education and Training (E&T) Committee for the past year, she has been a member and co-Chair of E&T for several years prior to this. Tamsin is also a member of the ASCP Task and this year is on the Best Practices Steering Committee. Outside of ISBER Tamsin is a Project Manager for Biobanking and Biospecimen Research Services (BBRS), is Manager of the BC COVID-19 Biobank Network and is the CTRNet Program Leader. Tamsin has extensive experience establishing biobanks, both disease specific biobanks and campus wide hospital biobanks.

Tamsin’s experience encompasses all aspects of biobanking including the consent of patients, specimen collection, management of SOPs and ensuring good governance over the collection, storage and distribution of specimens. In addition, Tamsin has done a significant amount of work in regard to biobank standards, biobank audits and biobank legacy projects.

Dubai to Open UAE’s First Robotic Biobank in 2023 to Boost...