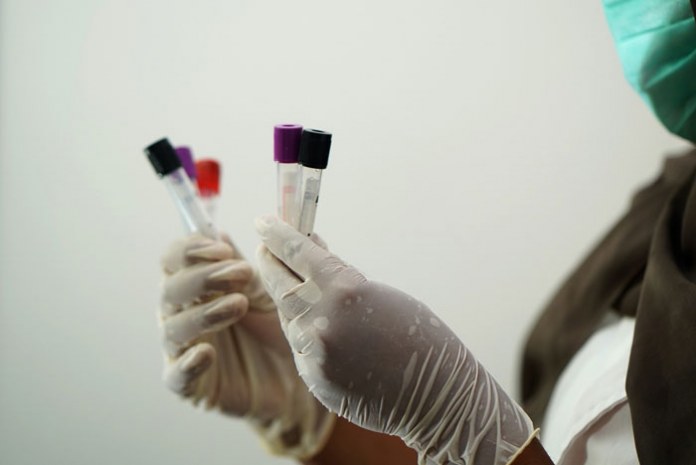 American Indian and Alaska Native (AI/AN) people have a long history of lower life expectancy and higher disease burden compared with the general US populationand are more likely to suffer from chronic diseases1. Addressing AI/AN health inequities is a multi-faceted, complex issue, focused on disease prevention that address social determinants of health, or on health-risk behaviors2. However, it is equally important to include AI/ANs in research and biobanks. Biobanking is an important topic for AI/ANs because addressing their health disparities relieson identifying biological risk factors and their interaction with environmental risks. AI/ANs are more likely to die from cancer and heart disease than are members of the general population, even though these are the top two causes of death in both groups3.

Because AI/ANs are underrepresented in biomedical research, it is critical to investigate the factors that would increase participation in research involving donation of biospecimens. A number of qualitative studies about health research in indigenous communities, stress the importance of community engagement, provision of literacy-level appropriate information and disclosure about the motivation and intent of the researchers4. However, very little is known about the specific characteristics and background factors related to the decision to participate and donate specimens, or the conditions under which a potential participant would be likely or unlikely to donate.

In this study by Sinclair et al., the primary purpose was to assess the general willingness of individual AI/ANs to donate biospecimens, characteristics associated with willingness, and the circumstances under which willingness would increase or decrease.

A total of 298 respondents completed an anonymous survey. The study procedures and survey were reviewed and approved as exempt by the University of Washington Institutional Review Board. Survey items to assess willingness, experience with biospecimen donation, fear of research exploitation, and trust were used verbatim from a survey of older African Americans with minor contextual adaptations. Another question was related to willingness to donate biospecimens to biobanks operated by Native American organizations or the Indian Health Service. Health-related survey questions included respondents’ assessment of their overall general health compared to other AI/AN in their community, and self-report of ever having several health conditions, such as diabetes, hypertension, asthma, etc. Previous biospecimen donation history, fear of research exploitation, trust in researchers and biobanks about how biospecimens are used and stored, knowledge of biospecimens and biobanks, and spiritual beliefs about biospecimen donation were also assessed.

Of note is the analysis of the circumstances under which participants would change their willingness to donate. Among those who were generally willing to donate, two conditions stood out that would reduce willingness – biospecimens sent to a research institute they had never heard of, and a biobank run by the federal government, but not the Indian Health Service. Of those who were generally unwilling to donate, several specific circumstances increased willingness. The largest increases were associated with: The biobank run by a Native American organization; cancer being studied and the participant or the family member having the disease; the education, training, and research experience of the researchers being known; members of the community being involved in developing the research; and the research being reviewed and approved by community leaders.

Taken together, in this study, community involvement and approval impacted purported willingness to donate, as did trust in the researchers and institutions involved in the research. Spiritual beliefs were also important and, to some extent, health conditions. This study focuses on individual characteristics and circumstances to consider when attempting to enroll AI/AN people in research involving biospecimen donation, and provides a roadmap for the development of interventions to increase participation with the ultimate goal of reducing health disparities.

According to the authors, “A striking finding from our study is that willingness to donate biospecimens decreased if the federal government, but not the Indian Health Service, operated the biobank and increased if a Native American organization operated it. These results echo an earlier study of the conditions under which AI/AN people would participate in a genetic study, with a decrease in willingness associated with the federal government leading the study. This is not surprising, given the long history of mistrust of the federal government by AI/AN people. Moreover, these attitudes do not bode well for a massive U.S. effort called, “All of Us,” which is designed to study how biology, lifestyle, and environment affect health. However, AI/AN communities were slow to be consulted and have been wary of participating. In contrast, organizations such as the Alaska Area Specimen Bank that is co-owned by the Alaska Native Tribal Health Consortium and federal and state agencies may hold greater promise for engaging AI/AN people in research involving biospecimens.”

How Biobanks Can Support Personalized Medicine

The Role of Patients in Medical Research is Evolving, Thanks to...