According to the US Centers for Disease Control and Prevention (CDC) 1 in 10 Americans has diabetes. The global prevalence is similar with at least 422 million living with diabetes according to the World Health Organization (WHO). There are two types of diabetes, but type II, which is lifestyle driven, represents at least 90% of cases. Both result in deregulated blood glucose.

Diabetes type II leads to a number of health conditions including at least two-fold increased risk of death from coronary heart disease (CHD). Medical doctors commonly use measures of blood pressure, serum lipids, glycemic control, obesity and smoking status to determine the risk for individual diabetic patients, however these risk scores are not sensitive, missing many individuals who go on to develop CHD.

A new study with senior author J. Brent Richards of Jewish General Hospital, Montréal, published in the journal Cardiovascular Diabetology addressed the question of whether a genetic component could contribute to CHD risk in type II diabetic patients. Diabetic participants and samples were drawn from the UK biobank (n = 21,102) and the McGill Cardiac Complications in Diabetes (MCCD) cohort (n = 352) and a polygenic risk score (PRS) for CHD was developed.

In the diabetic cohort of the UK biobank a standard deviation increase in CHD PRS (genetic risk) was associated with 1.5 fold increased odds of CHD in both men and women. In contrast the CHD PRS was not strongly correlated with some traditional CHD risk factors (hypertension, hypertriglyceridemia, poor glycemic control, obesity and smoking history). It was however associated with hyperlipidemia (SNPs near LPA gene) and high LDL, which can lead to plaque formation blocking blood vessels.

Indeed, CHD PRS was strongly associated with multivessel stenosis (narrowing of the blood vessels), predominantly in the European ancestry cohort of diabetics. CHD PRS correlated with the severity of the atherosclerosis (plaque) in diabetic people of all ancestries.

Limitations of the study include that the PRS may not be sensitive for non-Europeans, meaning the apparent weaker association of multivessel stenosis with PRS may be a technical error. The development of PRS’ specific to populations with other ancestries are needed to determine whether this is the case. To due limitations of the data annotation it was not possible to factor in the effect of diabetic duration on atherosclerotic risk, which may be significant.

The authors stated that “these results are noteworthy as they suggest that despite the metabolic consequences of diabetes which are known to accelerate vascular disease via traditional mechanisms (i.e. elevated atherogenic lipoproteins, dysglycemia, obesity, etc.), a genetic predisposition remains an independent and potentially clinically relevant factor that appears to act in large part through atherosclerotic burden.” 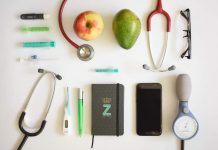 Diabetes, Dyslipidemia and Hypertension In The Taiwan Biobank 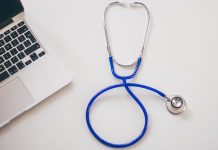 Coronary Artery Disease Genetic Risk Score: Is It Clinically Useful In Over 45s? 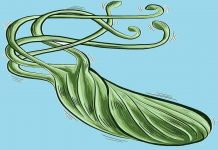 The Gift Of Life Marrow Registry To Receive Advocacy Award At...

BC Platforms And Negen Partner To Score Patient Risk Of Common...