Recently, an international team of researchers received the 2019 Human Growth Award at the Pediatric Endocrine Society’s Annual Meeting for their abstract, entitled “Clinical Characterization and Trial of Growth Hormone in Patients with Aggrecan Deficiency: 6 Month Data,” and presented this at the PES Presidential Poster Session.

Aggrecan is the most abundant proteoglycan in cartilage, a tough, flexible tissue that makes up much of the skeleton during early development. Most cartilage is later converted to bone (a process called ossification), except for the cartilage that continues to cover and protect the ends of bones and is present in the nose, airways, and external ears. Aggrecan attracts water molecules and gives cartilage its gel-like structure. This feature enables the cartilage to resist compression, protecting bones and joints.

The research that led to the award started in 2017, when Andrew Dauber, M.D., MMSc., the division chief of endocrinology at Children’s National Health System, based in Washington, D.C., led an international consortium of researchers in publishing a manuscript describing the phenotypic spectrum of 103 individuals – 70 adults and 33 children, including 57 females and 46 males – from 20 families with aggrecan gene (ACAN) mutations.

Dr. Dauber and his colleagues have established that short stature and accelerated bone age is common among people with ACAN mutations. The researchers are now performing an in-depth look at joint effects, examining special MRIs of the knees. They found that two of the children had a problem with their knee cartilage called osteochondritis dissecans. They had not yet presented with clinical symptoms. The researchers hope that early intervention with physical therapy can help prevent significant joint disease in the future.

“Providing growth hormone therapy to children with ACAN gene mutations is relatively new in the field of pediatric endocrinology.” … “Previously, the assumption was that this was just short stature. We’ll continue to diagnose ACAN mutations in a clinical setting and work with families to reduce the risk of complications, such as joint problems or early-onset arthritis, which may co-occur with this gene mutation.”

“We’re at the tip of the iceberg with research that explores this gene mutation.” … “We’ll continue to study these families, and more, over time to assess growth patterns and gene expression, which may reveal other mutations associated with short stature or joint problems, and guide future treatment options.” – Andrew Dauber, M.D., MMSc., Division Chief of Endocrinology, Children’s National Health System 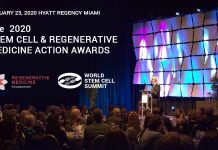 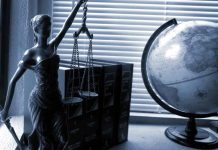 Finding The Right Balance – Return of Results to Biobank Participants 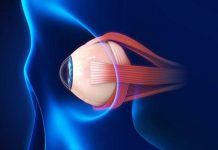 Glaucoma And Brain Degeneration Linked In People With African Ancestry